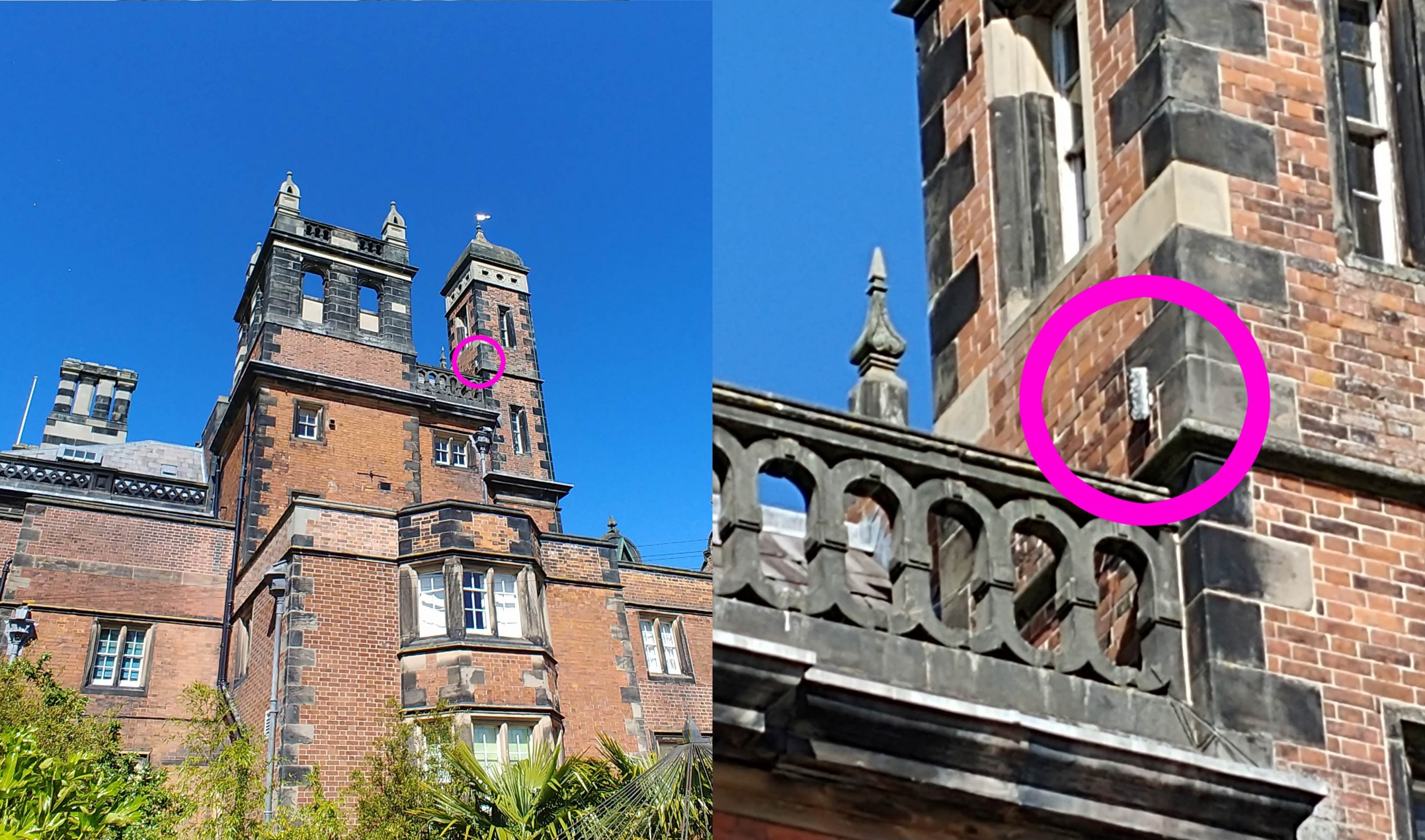 As a new venture to compliment their existing wedding event business, Capesthorne Hall have built luxury guest accommodation besides the Lake on the grounds of the stately home. Initially we were asked to install a fibre optic link between the main hall and the luxury guest accommodation but because of timescales, cost and logistics this was ruled out and an alternative method was offered in the form of a Point to Point WiFi Link.

There was one caveat to this in that the equipment should not be visible on the main hall or on the outbuilding chosen to place the second WiFi Bridge.  Skillfully we were able to camouflage our equipment.

Then main wifi bridge was installed on one of the towers at the main hall and some 300 metres away a secondary device was placed on the side of the building within line of sight of the first. Once installed this pair of devices carry all the internet, smart tv and CCTV traffic between the two sites at upto 450 mbits per second.

We were also asked to provide WiFi to all the accommodation and Accessability provided a WiFI network which covers some 100 metres, 9 buildings and part of the extensive gardens. All this was done in budget, on time and to the clients exacting specifications.

We have since placed another Point to Point WiFi Network at Capesthorne Hall which allows office staff to view CCTV images from around the grounds with the furthest link being over 1km away from the main hall.