Our esteemed director Barry Kimber is well known for his patience and enthusiasm for solving problems that others shy away from. Given an opportunity, he enjoys proving that the company motto of “the answer is yes, what is the question” is entirely accurate. 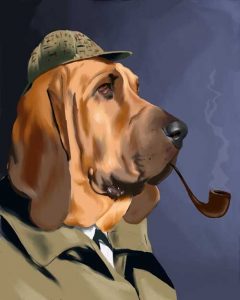 His most recent success, was for one of our largest property management companies, who, in their wisdom, had employed another company to resolve a problem on an intercom. Following considerable efforts on their part, they failed to locate a vital power supply within the building. After a couple of fruitless days, the property manager pleaded with us to get involved and locate the missing device.

Barry was duly launched at the problem and after a couple of hours of determined investigation, which involved grovelling around in various underground basements, he eventually emerged, triumphant.

The client is delighted and it is for this reason that Barry has been nominated for this month’s Sherlock award!!